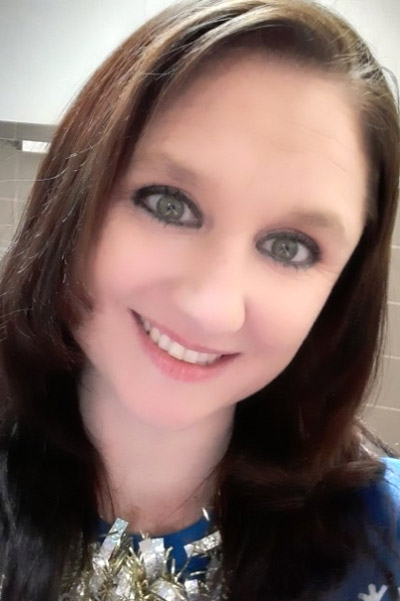 My name is Hollie Wells. I was born and raised in Tulsa, OK. I moved to South Dakota in 2012 with my husband and three kids. This past March, my husband and I celebrated 19 years together. Our children turned 17, 14 and 13 the beginning of this year. In addition to our 3 kids, we have a 2-year granddaughter as well.

I have done many things throughout my professional career including managing Sonic Drive In, C-store chains, and KFC/Taco Bell to name a few. I first met Jordan when he came thru the drive thru at KFC/Taco Bell during lunch one day. Being my smiley, bubbly, overly happy self Jordan saw the opportunity to tell me I was working at the wrong place. He said that I should be working for him at McDonald's. I was loyal to my GM and declined his offer, several times.

But then my GM left and went to work at McDonald's and I took over the GM roll at KFC/Taco Bell. It didn't take me long to realize that there wasn't enough support for me to turn that store around and I left there and went on to manage several C-store locations in Pierre. After a couple years of working up to 60 hours a week I decided I had had enough and thought to myself, I guess I'll see what this Jordan fella is all about. In January of 2016 I started at McDonald's in Pierre as a swing manager. Within a few months I had climbed into the department manager guest service position and shortly after that I took over the LDM role. I had the privilege of attending several leadership classes including HU while under the ownership of the Hartshorns.

In Dec of 2019, the bombshell, Pierre McDonald's was being sold. Mike and Jordan were breaking up with us. As a business, I understood the sell. Personally, I was just at a loss. I continued to grow under the new owner taking over the GM position in Jan of 2020. We fought through the pandemic and postponed closure for rebuild through the year of 2020. Finally closed for rebuild March of 2021. The new owners brought in support but it just wasn't the same McFamily feeling I had with the Hartshorns. I left McDonald's in June of 2021 and went on to manage a C-store/ bar/ restaurant/ event center, until Dec of 2021 when I got a Facebook message. It was Mr. Jordan with that familiar thought as before. You should be working for me. Lol. Many conversations later, with my family and with the McFamily team, we decided to pull the trigger and move to the Sioux Falls area.

I am so excited to be back in the Hart2Hart McFamily, with many familiar faces and lots of new faces that have been added to the team. I love to learn new things as well as share whatever knowledge I think I have, with whoever will listen. As most of you know, I am a pretty open book and am not afraid to ask questions or give my opinion if asked.

I suppose I should wrap up my book I've started here.

When not working I enjoy riding my Harley Davidson, target shooting, and anything outdoors with my husband, kids, and 2 huskies. On my, me days, I like to binge watch shows like Criminal Minds and NCIS.

Thanks to everyone for the warn welcome back and to those that are new to me! I look forward to growing with each of you.